Gemstone of the Month: Topaz

Birthstones are limiting. We’re breaking out of the box and inviting you to explore the wide world of gemstones!

For February, we're highlighting a gorgeous and versatile stone… topaz!

Here are our top three reasons to love this beautiful gem: 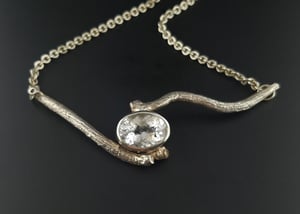 Topaz is affordable in a big way. The raw crystals can be very large and are usually clear, with no inclusions visible to the naked eye. Topaz doesn't carry as high of a price tag as a lot of other gemstones, so you can get a lot of bang for your buck with one of these stones. The size of the crystals coupled with the availability of visually clear stones allows for a large polished gem at a lower price per carat than many other gems.

The size of the crystals also allows lapidaries to try unique and interesting cuts called designer cuts. “Designer cuts” (also called “precision cuts”) are best described as gems where the lapidary creates a unique face-up pattern utilizing unusual facet arrangements while using traditional faceting methods. Whether designer or traditional, there is a wide variety of cuts utilized with topaz. So if you want a big, stunning stone that's sure to turn heads, topaz just might be the stone for you. 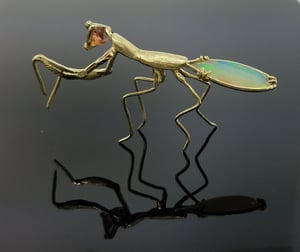 Topaz is known for its depth of color and comes in a wide variety of hues and shades. The reddish hues are most sought after, the most rare and highly prized being imperial topaz, which is distinguished by its reddish, pleochroic color. Pink topaz is also a popular option, which is more affordable than a pink diamond and available in larger sizes than pink diamond or pink sapphire. Yellowish-brown to orange colored topaz is often referred to as sherry topaz or precious topaz.

Yellow topaz that lacks any red overtones and brown topaz are much more abundant and affordable than the previously mentioned color categories, but colorless topaz is the most common. Blue topaz has been popularized and is easily found in the market, because it is usually created through treatment of colorless topaz with radiation and heat. Naturally blue topaz is extremely rare. 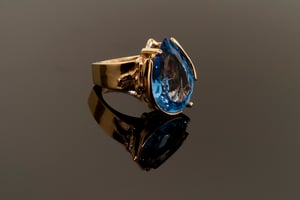 On the Mohs Scale, topaz weighs in at an 8, making it durable enough for daily wear! For reference, sapphire is a 9 and diamond is a 10 on this scale, while opal is usually a 5.

This also means it works extremely well for jewelry pieces that are likely to receive accidental impact, like bracelets and rings. Where an opal in a ring would surely crack wide open, a topaz will be safe for sure.

When you combine our topaz top three into one big picture, you can see it's a great option for your jewelry wish list. Topaz can give you big bold looks to show off every day, without breaking the bank!